In Memory of Arnold Hendrick 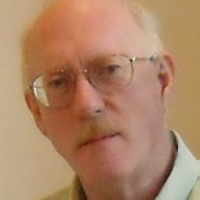 MicroProse lost one of its early pioneers this week, Arnold Hendrick.  The entire MicroProse and IEntertainment families send our condolences to Arnold’s family.

Arnold joined MicroProse in 1985 and did everything from game design, documentation, and writing all those great and really big manuals that most players loved to read.  He started helping our Co-Founder Sid Meier document Solo Flight II.  Arnold then went on to do the game design and manuals of other great MicroProse games including Gunship, F-19 Stealth Fighter, Red Storm Rising, M1 Tank Platoon, Silent Service, and others.

Arnold’s crowning achievement was the game Darklands, an RPG, he had wanted to do since joining MicroProse.  Darklands still gets recognition on the original concepts he brought to RPGs. Arnold later joined iEntertainment in Cary, North Carolina and proceeded to design and manage other excellent combat simulations.

Arnold loved history and always did extensive research on any subject matter for any game he was designing.  Arnold could back up any conversation with facts and research.  Many an hour of discussion was had with Arnold and the senior staff at MicroProse on details.  Arnold generally turned out to have the better arguments. One notable time he was overruled, and Silent Service got a deck gun.

Arnold was one of the biggest contributors at MicroProse.  We believe Arnold would love to be working on all of the great new sims that MicroProse is developing today.  Arnold demonstrated the true and real Spirit of MicroProse, and we salute him for his many contributions to MicroProse.  We will try to live up to his legacy.

Some of Arnold's Great Designs!